ME – Learn more about me

“My mission in life is not merely to survive, but to thrive; and to do so with some passion, some compassion, some humour, and some style.” 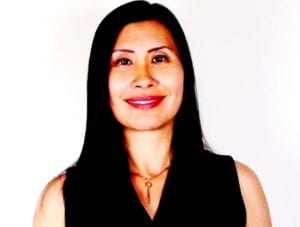 There is no doubt in my mind that the most pivotal moments in my life have been the biggest changes in my life.

Several of these I could see and feel coming. Others just knocked me over with the force of a tsunami which seemed to come out of nowhere. I was in it before I knew it and felt at times like I was drowning.

Survival mode kicked in. All my energy was channelled into just keeping my head above water. It was exhausting and it was all I could do to keep functioning on a daily basis.

I knew something had to change. Survival wasn’t enough and certainly not sustainable in the long term. I not only wanted to get through this. I wanted to kick its ass and emerge stronger, wiser and better for it. I wanted to go from SURVIVING TO THRIVING.

And it was those moments that defined me and shaped me to be who I am today.

As each and every one of them has given me something immeasurably invaluable – THE OPPORTUNITY FOR GROWTH!

Because it was what I was able to learn and then apply from that learning that propelled me forwards. 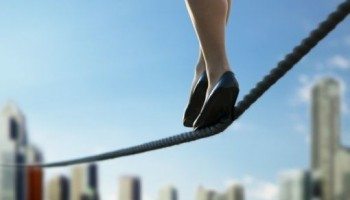 I graduated from one of Australia’s leading universities with an honours degree in law and secured a job at a top three commercial law firm in Australia. The pinnacle in most law graduate’s minds.

I should have been happy. I wasn’t. I had fulfilled everyone’s expectations but my own.

I had no energy, and the thought of going into work filled me with anxiety and dread.

There was so much negative self-talk and self-doubt which filled my head.

I was miserable. Unfulfilled. Restless. Surviving.

Three months later, I resigned to take up a job with an international legal recruitment firm. A huge risk and unknown. Despite the strenuous objections from my mentoring partner, my parents, and even against the cautionary advice of some friends. “You’ve worked so hard to get to where you are.” “You will be throwing it all away.” “You won’t be able to get back into the law after this.” “Recruitment – what’s that?”

Fifteen plus years later, I can honestly say it was the best decision I ever made in my career and I have never looked back. In less than a year from leaving practice as a lawyer, I was earning double what my peers were whilst working half the hours. I had reclaimed my time and freedom, and MOST IMPORTANTLY, I was HAPPY! I loved what I was doing.

It was also the pivotal stepping stone for my transition to becoming the thriving business owner that I am today. He was my first serious, long term boyfriend. We moved in together not long after meeting. We became engaged. We had an amazing wedding on a boat out on Sydney Harbour with relatives flying in from all around the world to be there for our special occasion. We were divorced a year and a half later.

It hit me like a ton of bricks as I didn’t see it coming. In actual fact, I probably knew deep down that things weren’t right but I chose to ignore my instincts. So I was completely unprepared when it happened.

I was left reeling, winded. The world became colourless and empty. I couldn’t bear to be around anything that was a reminder – upbeat music, certain songs, romantic comedies, other couples.

I couldn’t trust anyone again … let alone myself …

I felt like I was in a big, black hole …

I was in survival mode.

That was fourteen years ago. If I met my ex-husband today, would it surprise you then if the first thing I said to him was thank you?! Because out of all that chaos and turmoil emerged an incredible opportunity for self-discovery and growth. And because of that, today I am thriving and the happy mother to a beautiful little girl and partner to her father, a man that I truly love. July 2010 is a month I will never forget as that was when I found out I was pregnant.

Being a mother was something I had always wanted. After my divorce and time spent on my own, I even thought about becoming a single parent, as challenging as I knew this would be. But I didn’t have to go down this path as I then met my partner who had also always wanted a family. And our beautiful little girl was born in March of 2011.

The incredible joy and love I felt for this amazing little person was indescribable. Holding her in my arms just felt right.

And then came the sleep deprivation, the two hour wake up calls, the frequent crying (as she was colicky for the first nine months), the physical changes from the birth by caesarean, breastfeeding and my post-pregnancy hormones kicking in, as well as the loss of ME time and couple time.

And on top of that, needing to return to work three months after her birth to run my business as my business partner was also due to give birth!

I went from being ME to just being a feeding machine! And as my daughter grew older, new challenges arose around juggling business commitments with spending quality time with her, romantic couple time with my partner, and simply time for me to recharge.

That feeling of being pulled in a zillion different directions at once, rushing madly throughout my day trying to get everything done but at the end of it, only getting through half of what was planned (if I was lucky!), and for my trouble, just feeling exhausted, often dissatisfied, frustrated, overwhelmed and guilty.

I felt drained and out of control.

I would go to sleep feeling stressed and wake up the next morning feeling even more tired than the day before. What a vicious cycle!

I was back in survival mode and I knew that there had to be a better way.

And the solution lay within myself, my mindset and my thought processes which flowed onto my behaviour and actions.

I started to make changes.

AND SO HERE I AM TODAY …

As I share this with you, I am sitting in my home office, looking out at the beautiful bushland view on this warm spring day, while my partner is enjoying some quality time with our daughter. I feel so blessed and grateful for the life that I have created for myself – doing what I love with those I love.

Don’t get me wrong. Challenges still come my way, along with the lows and the highs, but the difference lies in the recognition that it’s not about just surviving.

It’s about fully embracing life and the inevitable ups and downs that come with it.

It’s about THRIVING in life and making every moment count.

And that change is an inevitable part of this, and without it, I would not be where I am today – a stronger, happier, more confident and wiser person than I was when I emerged fresh-faced from law school all those years ago.

Through my life-changing experiences, discovering for myself what works and what doesn’t, through my extensive training and various qualifications, and the success I have had implementing these techniques with others, I have realised a passion and vision for helping high-achieving women like you to not only meet challenges head on, but to fully embrace them and turn them into an opportunity for self-discovery and growth, as I have.

In other words, to go FROM SURVIVING TO THRIVING! Let me partner with you to help you break the cycle of negativity and self-doubt, rebuild your confidence, regain your clarity, purpose and passion in life, and put yourself back in the driver’s seat again.

To become and embody both inside and out the happy, confident woman that you know and want to be, and take back your choice in life to create the life that you desire and deserve.

Because this is what I love to do. And what I have experienced for myself many times over.

If any of this resonates, makes sense or rings a bell with you, then we should CONNECT. All communication is in confidence. 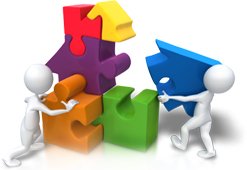 I am an action-taker so my style of coaching is not passive in nature which means I don’t sit there and just listen to you for hours on end. Although part of what we do is unravelling the root cause of your challenge, equally important and critical to success is the creation and installing of new habits and routines which will 100% support where you want to be.

So a huge component of what you will do with me will be very practically-oriented … meaning I will give you specific exercises you can apply every day to undo your old self-sabotaging habits and create new and positively supporting habits that you can carry with you for the rest of your life-time.

SEND ME MY FREE DOWNLOADABLE >>

MY QUALIFICATIONS AND EXPERIENCE …

Oh, and if you’re wondering about my qualifications and experience …

I am a Master Practitioner in Neuro-Linguistic Programming (NLP), NLP Coaching, Time Line Therapy® and Hypnotherapy, having trained with the world’s leading NLP company.

I am also a certified and registered member of:

I am a former lawyer and have had over 15 years experience as an international recruiter, head-hunter and career coach, having successfully mentored hundreds of professionals all around the world. Combined with my extensive business, corporate and life experience, I offer a unique fusion of skills and expertise that I am proud of and would love to share with you. Or to get started, click the button below to get your FREE DOWNLOADABLE '4 Reasons Why You Can't Break The Cycle Of Negativity And Self-Doubt' ...

SEND ME MY FREE DOWNLOADABLE >> FROM SURVIVING TO THRIVING

It's time to BREAK FREE from the cycle of negativity and self-doubt, reclaim your CONFIDENCE and take back CONTROL of your life. Let me show you how.